The Ringwood and Burley Band’s History 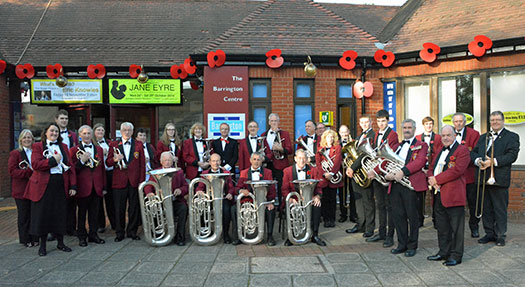 The Ringwood and Burley Band like many other town brass bands started life as a temperance band. The band has maintained a presence in the town since it was founded in 1879. It is one of the oldest brass bands in the Wessex area.

As with all brass bands there has been many ups and downs in their long history. We have pictures of the band playing at a memorial service for Queen Victoria and also leading parades during the First World War. In 1949 the band played before our future Queen Princess Elizabeth and then a few years later for her sister Princess Margaret. During the Second World War the room where the instruments were stored was used to billet American servicemen. The instruments were never seen again but after the war the band reorganised, as did their neighbours the Burley band, the two bands decided to join forces so a new era in the bands history commenced.

The band is well known in the Wessex area supplying the music for many functions as well as performing concerts and contesting. In recent years the band has won the third section in the Wessex area contest and also been placed runners up in the second section also gaining a trophy as the best fourth section band at a contest in Harrow.