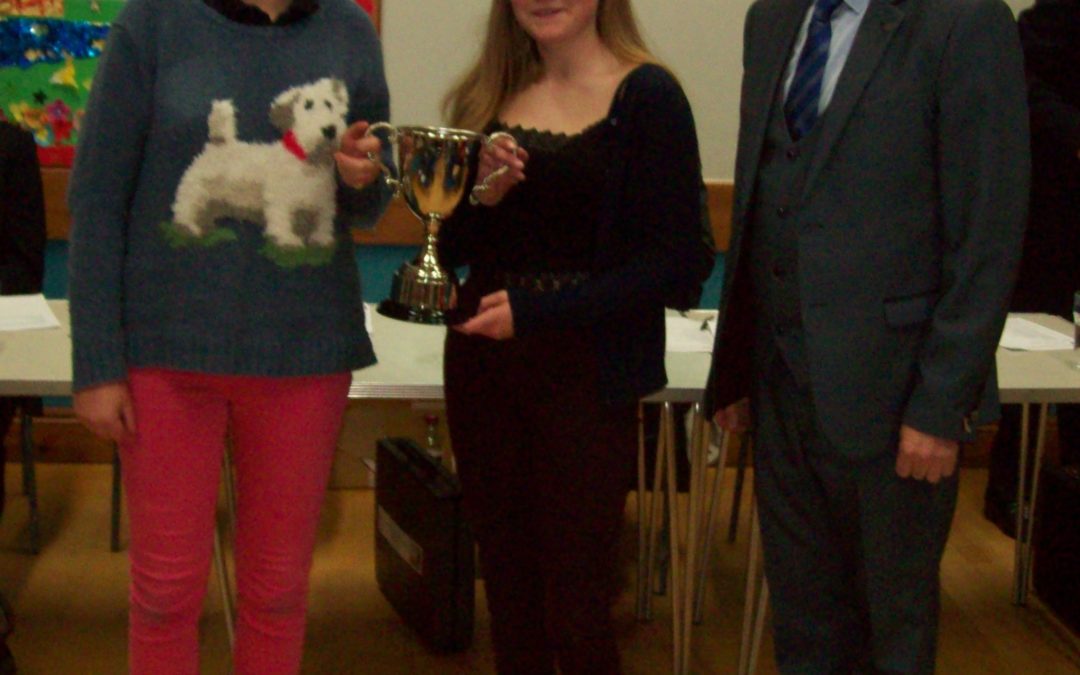 Vice Presidents, band members, supporters and friends of the band were welcomed to the 140th Annual General Meeting by the Chairman Tony Mist on Friday 5th April 2019 in the Ebenezer Hall Ringwood.

The meeting commenced with an obituary to Don Whitlock who died recently, Dick was a long term member of the band in our Euphonium section.

Treasurer Vernon Riordan in his address said that the band had enjoyed a good year with increased income mainly due to the fact that we had completed more engagements during the year, but to offset this all our expenses had increased also. The Treasurer presented a bouquet to our secretary Wilma Brock and thanked her for all the work she had done during the year.

Thanks were given to Margaret Mist for the work she does in running the Supporters Club and also to Wendy Tuffen for the help she gives, both these ladies were presented with bouquets by the Chairman.

Kevin Legg presented the Trustees report but mentioned the fact that he had only been in the position a short time, he did make the point that the band had large sums of money tied up in the instruments owned by the band, value around and also music valued around, he said at the moment all these items were under valued for insurance and steps needed to be taken to get their true value insured, he welcomed William Rayner as the second member of the trustee team.

The Musical Director Lloyd Rayner in his address said that it had been a busy but good year for the band, with a large number of engagements some old but also some new ventures, the band had performed at a wedding celebration in Mottisfont and also an Armed Forces Day event in Burley when they were joined by the Dolphin Marching Band.

Mr.Rayner said that during the year the band had risen to the challenge of playing some technically higher level music and he felt that there had been a good response and improvement, the project of getting involved with local schools and proved to be successful and a monthly workshop for young players had got off to a good start and he thanked the band members for their hard work.

The Chairman also thanked band members and all people involved with the band for their hard work in what had been a testing year.

The Chairman presented the Frank Pope Cup jointly to two of our young Cornet players, Issie Mills and Grace Reed, The Bernard Lawson Shield to Peter Curtis from our front row Cornet line and the Lister Cup was awarded to Baritone player Amanda Lockett.