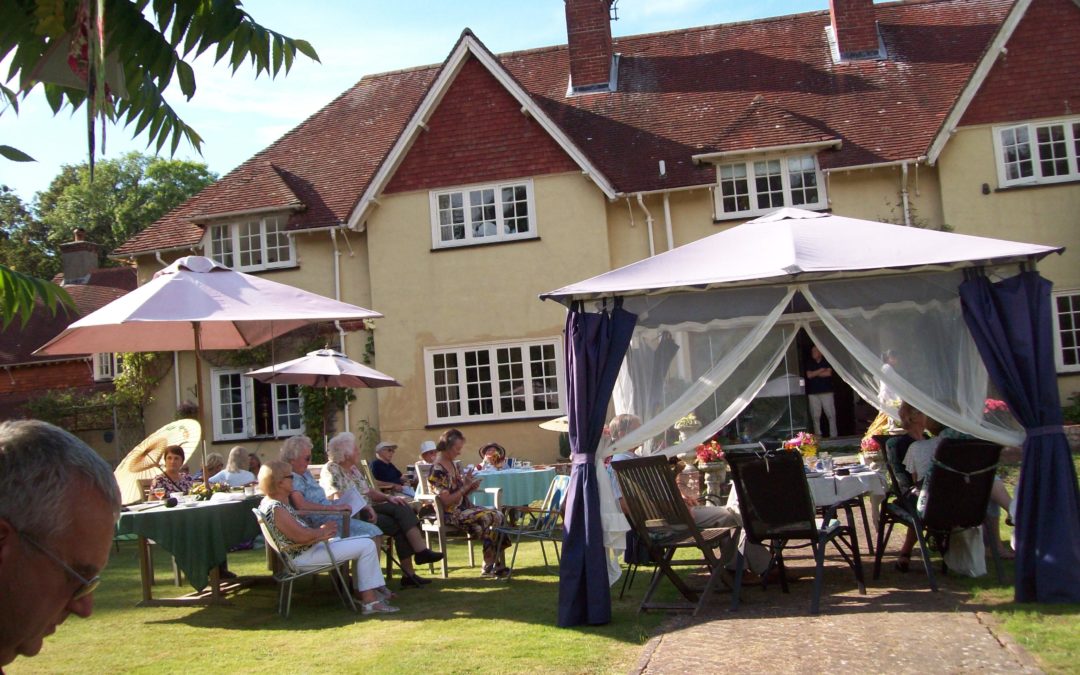 On Saturday 24th August the band was invited to participate in the 100th Anniversary Celebration of the Burley Womens Institute.

The celebration was held in the very attractive garden of John and Mrs. Carter who were involved in much of the running and organising of the event, it was a glorius summer afternoon and the many members and their friends enjoyed an afternoon of popular and familiar  music associated with the last one hundred years, in total the band played around thirty well-known songs which the audience joined in and sang along with, during the afternoon the audience also enjoyed a cream tea with cups of tea and  celebration glasses of wine, a most successful and enjoyable afternoon for all who were involved