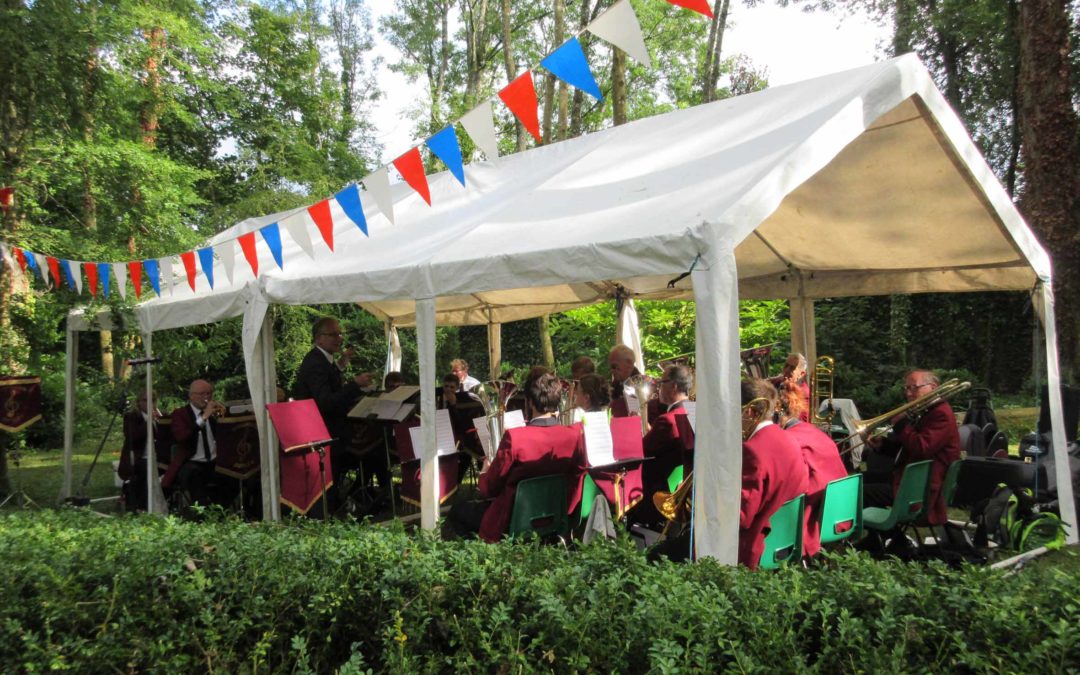 The band often has the opportunity to play in some very interesting places but the Whitsbury walled garden was certainly one of the nicer ones.

Located just 2 miles north of Fordingbridge the walled garden is situated in the grounds of a lovely old house which is full of character.

Upon arrival we parked in a field just off the country road and then proceeded to walk up the track which leads to the house. Half way up we entered the Walled Garden. It was very peaceful and full of lovely trees and other wild plants which have \\\”filled it over the years.

The garden was also inhabited by several chickens which had to be rounded up which caused great amusement.

Lloyd and family had been busy putting up tables and chairs and a gazebo to protect the band.

As the band commenced setting up people began to arrive with their picnics.

The band programme was very varied and ranged from the classical to theatre music, for example Les Miserable.

In the interval a very nice buffet was provided by Gilly for which we were very grateful.

Keegan , Grace, Peter, Mark and Will all played solos and Mark and Di played a duet all of which were excellent and warmly received by those attending.

Lloyd our MD and David filled the woods with the sounds of the Post Horn which is always an excellent item.

We were extremely grateful to Mark, Andrew, David, Danni, Paul and Chantelle for helping us by covering for those absent for holidays etc.

The band under Lloyds leadership played very well and was appreciated by everyone.